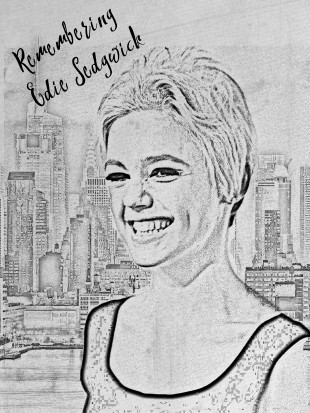 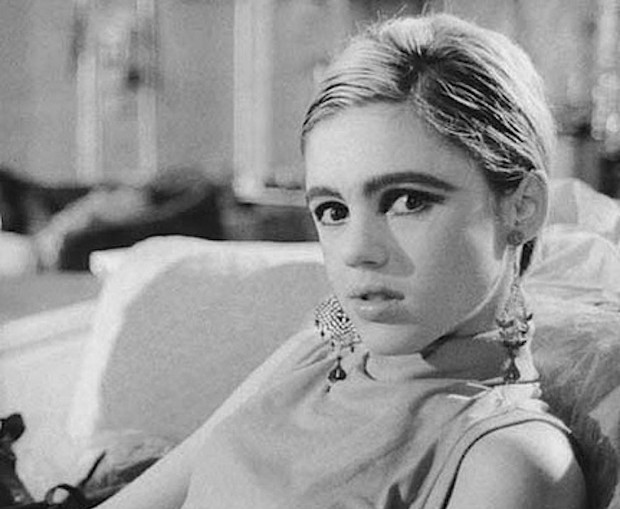 What urged me to write about Edie Sedgwick was first, her timeless beauty, and then her tragic life story but most of all, it was her sensitive soul that remained mostly hidden behind the mask of her beauty, trendsetting fashion statements that influenced the 1960s America and, her popularity as Andy Warhol’s superstar. It was not so much about who she portrayed herself to be ? which definitely was a reflection of her true self, but who she wanted to run away from.

Here, I attempt to draw a portrait of the Edie we mostly don’t hear about. The first time I came to know about her was through the 2006 film Factory Girl directed by George Hickenlooper, which starred Sienna Miller as Edie Sedgwick and Guy Pearce as Andy Warhol. Miller’s Edie was so profoundly fixating and intensely exquisite that I felt more intrigued towards the character she played rather than the actor herself.

Edie became a popular name in the New York underground scene, after collaborating with Andy Warhol and becoming his ‘muse’. She appeared in total 18 short films by Warhol in the 1960s before their relationship deteriorated. But what interests me is not Edie the ‘superstar’ but rather the Edie who was a sensitive little girl seeking love and struggling through a troubled childhood and the family history of mental illnesses and still smiled as the brightest star on a dark inky night.

Edie’s father Francis (aka. Fuzzy) had an abusive behavior, her two brothers committed suicide ? one killed himself a day before his 26th birthday, allegedly due to Fuzzy not accepting his homosexuality and forcing him into heterosexuality, and the other suffered a nervous breakdown and eventually crashed his bike in a bus in New York on New Year’s Eve, 1964.

She claimed one of her brothers had insisted to her that “a sister and brother should teach each other the rules and the game of making love” but she didn’t fall for that. Moreover, she also claimed that her father would attempt to sleep with her from the age of about seven on.

Her biography can be found online at the tip of a click: From her life in New York, her popularity, the various tributes to her personality and beauty (most popularly the song ‘Femme Fatale’ by Velvet Underground) and her post-Factory struggles. But to comprehend her personality and feel the pain of her heart, one needs to go beyond the texts available online. When you look at many of her photographs, you are disarmed by her eternal charm but if you see beyond the beautiful smile, there hides a tormented soul that Edie herself attempted to bury deep inside.

My thoughts about Edie have been conflicting, to say the least. I juggle between the ideas whether what I feel for her is sympathy due to her early age tragic death or a deeper emotional connection to her, perhaps as a muse, or even a fellow human who crashed and burned in the circumstances she was in.

It would be strange to say that someone who I never knew personally has affected me on such a level but what is art if it doesn’t connect two ideas or entities at the opposite ends of the universe.

Today, she is mostly known as a fashion icon, and just like any other celebrity, her life is seen through a reel ? a tinted glass, a filter of perceptions. Everyone has an opinion – some see her as trendsetter, or an artist; some as a talentless rich spoiled brat. Some give her props on her effort to become a well-known name in perhaps, the greatest city in the world, New York; some don’t. But whatever we know or want to know about her is only through this filter we have created through which we watch celebrities and people go through life, putting on a show for us. This is not my perception of Edie.

Listen to her talk about life as she saw it, her struggles, her addiction, her mannerisms, her fashion style, her childhood troubles and her pre and post-Factory life, and you will understand that her life was not just material for a film that you can enjoy or an article you read and forget. She was a girl who came far from her home to be something, and despite her problems, she succeeded.

She was someone who understood life, not just a plastic baby doll model, the kind we have today. She had opinions. Opinions, thoughts and perception of life. Watch her talk about art, people, love, dreams, fashion, and life in general.

“The very things I might have given in to, that demanded, that said, this is your life. I mean, this is your only way to survive, are the things I fought hardest to end. ‘Cause I believed in something else. And um, what makes that sane is that I can understand other people’s situations in their own terms, but “they” still can’t understand mine.” (Edie: Girl on fire, 2006 documentary by David Weisman and Melissa Painter)

Amidst this whole Sophoclean tragedy, what is difficult to understand is how to feel about Andy Warhol’s role in this. Just like other Warhol’s models, Edie said he used her, “The way those sons-of-bitches took advantage of me. Warhol is a sadistic faggot.” It is well-known Warhol had fallouts with many of his models and actors. According to Edie, “he really fucked up a great many people’s, young people’s lives.”

What I wonder is: Would Edie be that famous if it weren’t for Warhol? I don’t know. As much a hypothetical situation that is, Edie could perhaps have become a bigger star, if she had lived longer, and came out of Warhol’s shadow.

She apparently declined offers from Hollywood because she needed “the support of my friends”, and that “If all I cared about was me, I could make a million. And that’s what they will never understand.”

Edie went through a lot in her short lifetime but is still remembered today and has been famous for far longer than “fifteen minutes”.

Having numerous accidents such as accidentally setting fire to her house or a motorcycle accident while riding with Bob Dylan, she miraculously stayed alive. As she once said, “I have an accident about every two years, and one day it won’t be an accident.” And on November 16, 1971, it wasn’t.

After a long time abuse of barbiturates, and the resulting irregular breathing pattern, she suffocated on her pillow in her sleep. 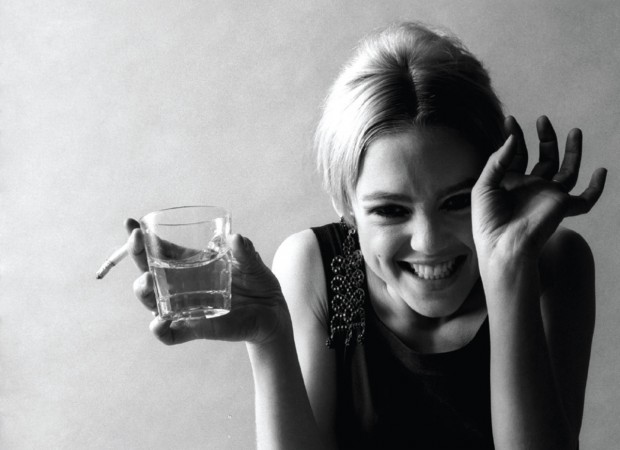