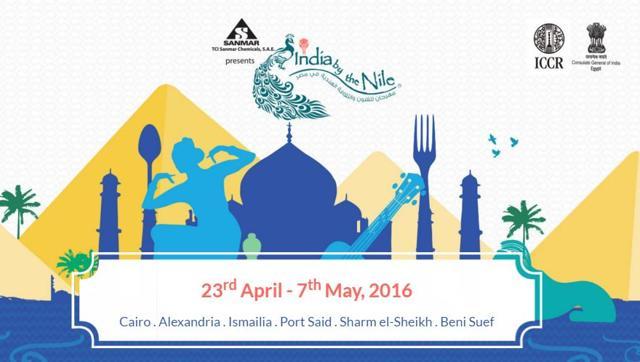 Egypt celebrates its fourth “India by the Nile” festival

Egypt celebrates its annual “India by the Nile” festival for the fourth year in a row, bringing different aspects of the Indian culture to the Egyptian audience.

The festival will take place from 23rd April to 7th May, and India’s ambassador to Egypt, Sanjay Bhattacharya, has said that this year’s edition will see new activities and locations. The activities will include contemporary and classical Indian arts, health techniques, business seminars, and food experience among other things.

“We would like the success of the cultural activities to spill over to other aspects of life as well,” the ambassador said at a press conference last week, adding that the festival will include events in Cairo, Alexandria, Ismailiya, Port Said, Sharm El-Sheikh and Beni Suef.

The festival is organised by the Indian embassy and the Maulana Azad Centre for Indian Culture (MACIC) in Cairo, in partnership with Egypt’s Ministry of Culture, the Cairo Opera House, Bibliotheca Alexandrina and Teamwork Arts company, with the support of a number of sponsors.

This year, the festival will offer a large array of events, starting with Women of Substance, an event which will take place on 23 April at Cairo’s India House, according to Egypt’s Al-Ahram.

Throughout the festival, a photography exhibition by Harun Kumar titled Colours of Life will be a visual starting point for discussion about environmental and social issues, such as street children and underprivileged children.

As for arts, a performance titled Love Story, directed by Sanjoy Roy, will bring Bollywood’s essence with performances scheduled to take place at the Cairo Opera House (26-29 April), Sharm El-Sheikh’s Soho Square (1 May) and Alexandria’s Sayed Darwish theatre (3-4 May).

While Dona Ganguly and her 13-strong dance group will bring from the Indian state of Odisha the graceful lines, symbolic gestures and spectacular costumes of the traditional Odissi dance, a different, classic side to India.

“We want to show there is something beyond Bollywood in Indian culture,” the ambassador said during the press conference.

In addition to Indian food experience, there will be a chance to experience the Indian culture from within, through the Food Fiesta at the Four Seasons in Cairo. Acclaimed chef Vikram Udaygiri will be presenting an Indian cuisine buffet based on traditional recipes embellished with novelties such as molecular gastronomy.

The health schedules will range from a seminar on alternative medicine at MACIC centre in Zamalek, to an open air yoga event at Al-Azhar Park on 30 April, which marks World Health and Meditation Day. Other wellbeing events will be World Healing and Meditation Day at the Al-Azhar Park event on 30 April, while a seminar on alternative medicines will be held on 28 April at MACIC in Cairo, as reported by Al-Ahram newspaper.